The one week in hospital

Wow, it’s been a while since we’ve written anything, so for those that have been asking about Mel’s well being, I suppose some sort of an update is in order.

With the bikes boxed and our remaining possessions wrapped in cling film, we boarded our flight – the cheapest option back to Australia – taking in Atlanta and Los Angeles along the way. Sadly, 24 hours sat in a pressurised tube did Mel no favours, and she spent most of the time in pain. Fortunately, the ferociously strong medicine she had been prescribed in El Salvador allowed her to knock herself out for long periods, which made the journey marginally more comfortable. 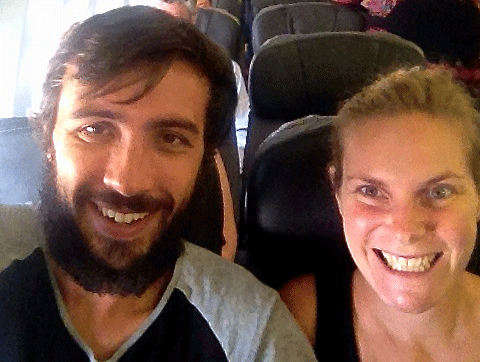 It’s all smiles on the ground…

Arriving in Sydney, we spent a couple of days with friends (thanks Will and Gemma), before we headed back to Melbourne and the dreaded hospital visit. We strolled into the emergency department at the Royal Melbourne, and handed over a referral from Mel’s doctor which outlined all of her symptoms, at which point she was issued with a face mask and ushered through to isolation. 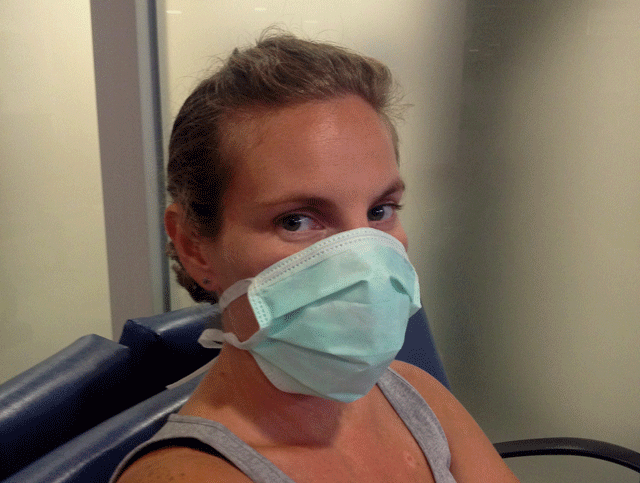 Definitely not contagious, but you can’t be too careful

After ten hours of larking about with the airlock doors in the isolation suite, the doctors eventually told us what we already knew – she wasn’t contagious, she didn’t have malaria, and they didn’t know what was wrong with her, so she was shunted off to a ward for the night

The next day, I returned to find Mel shrouded in floral curtains. After enquiring as to why she was hidden behind this garish monstrosity, she whispered: 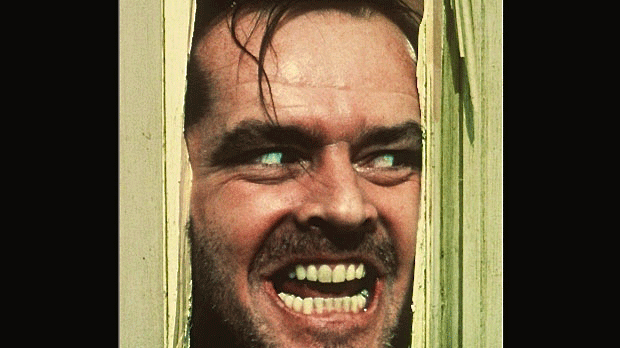 Thomas was apparently suffering from the early stages of dementia. During the day, he appeared to be a pleasant, if not slightly confused old man, yet at night, he became Mel’s nemesis.

Like Jack Nicholson in The Shining, Thomas would burst through the curtains in the small hours, and attempt to steal Mel’s blankets or clamber into her bed. His reign of terror continued for three consecutive nights, climaxing when he mistook the corner of the ward for the bathroom, and was subsequently discharged, leaving Mel to recuperate in peace.

Just as in Salvador, days passed. Nurses and fellow patients came and went. Numerous doctors were seen, endless phials of blood were taken, and all the tests came back negative. Whilst all this was going on, I diligently sat by Mel’s bed, breaking the day up with my old friend – cigarettes.

There are three places in the world that act like magnets for society’s less fortunate. McDonald’s and major train stations are the first two, and hospitals appear to be the third.

You know those of which I speak. People who do their weekly shop in dressing gowns and no shoes. Those that have full-blown conversations with trees. The lady with the shopping trolley full of newspapers. Well, the Royal Melbourne seemed to be their Mecca.

Highlights included someone who was more concerned as to the whereabouts of their vodka rather than their child, a young man hooked up to a drip running away from his nurse, and a gang of patients sat astride mobility scooters like an infirm motorcycle gang, parked up on the kerb, gleefully puffing away on cigarettes.

After a week of people watching and Puzzler books, Mel, rested but no better, was discharged and told to come back to the infectious diseases clinic in a fortnight. She was prescribed a course of Giardia and worming tablets, neither of which she has, and neither of which have had any effect. 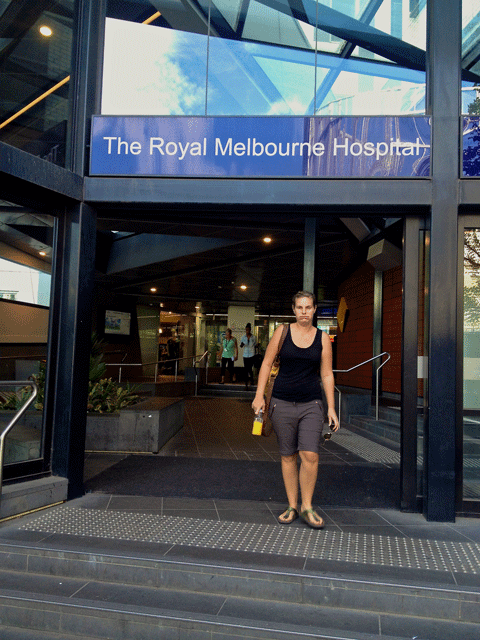 Two weeks on, and we’ve been back to the clinic. With Mel feeling no better, she has had both CT and ultrasound scans, and we wait for the results due this week. In the meantime I’m on the hunt for a job.

So if you know of anyone in the Melbourne area that may be looking for an unskilled, half-baked cyclist, whose only discernable skill appears to be taking naked photos of himself running across the salt-flats of Bolivia, please do get in touch.

I look forward to hearing from prospective employers.

PS. Thanks to all of our friends for their hospitality and kindness since we’ve been back. We really do appreciate it.

featured
← Previous The last one before we head home
Next →