The one where Chris rides solo – Part II

Having “survived” the Death Road, we returned back to La Paz for some essential repairs.  My incredible disintegrating bike™ needed its back wheel rebuilding, whilst Flimsy Mel™ had developed 3 abscesses on her recently fixed teeth.  With a clean bill of health for both bike and bouche, we boarded a bus for Puno, Peru.

After safely depositing Mel and bike in a plush (by our standards) hotel, I returned to La Paz to continue the second leg of the ride.  Spending 11 hours on a cramped bus surrounded by insufferable backpackers bleating on about how everything is “so, like, amazing” isn’t my idea of fun, and I was relieved to be back in the Bolivian capital. 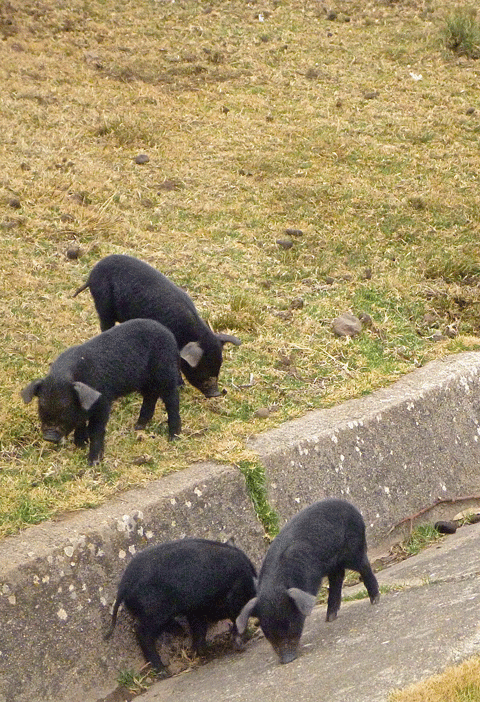 I was going to put a picture of La Paz here, but I can’t find it, so here’s a picture of some piglets instead

If you read the last blog, you’ll know how tough cycling out of La Paz is, so I opted to take a minivan to El Alto.  It was rather unnerving to watch the 8 year-old conductor securing all of my possessions to the roof, so I was glad to find that everything was still in tact upon arrival.

There is a strange obsession with both parades and protests in Bolivia, so having to ride through the midst of one at 9am on a Monday morning was interesting to say the least.  If Bolivians were to spend less time prancing about parading, and more time working, then they may well get rid of the unenviable title of poorest country in South America. 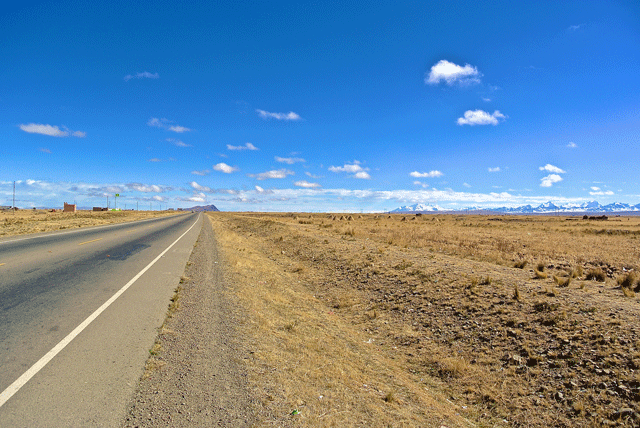 I merrily rode across the Altiplano when I noticed yet another problem with my bike.  With every revolution of the pedals there was a distinct wobble, and it was getting progressively worse.  I must be the only person who can take a bike to a mechanic and have it come out in some way worse than when it went in, so when I spotted something that resembled a bike store, I pulled in to enquire if there was a bike mechanic on the premises.  Sadly there wasn’t, but I was assured that the car mechanic down the road would be able to assist.

As I demonstrated my problem to the mechanic, both he and his son began to laugh.  According to the stumpy bastard I was a) too tall, and b) too fat to be riding a bike.  When they had finished guffawing at me, the owner let his son, who must have been all of 9, loose on my bike.  The child explained that he didn’t have the correct tool to solve the problem, but what he did have was a chisel and a hammer.  I looked on as he took to the task with gusto.  As shards of metal flew from my bike, I politely requested that he stop for fear of him causing some serious damage. 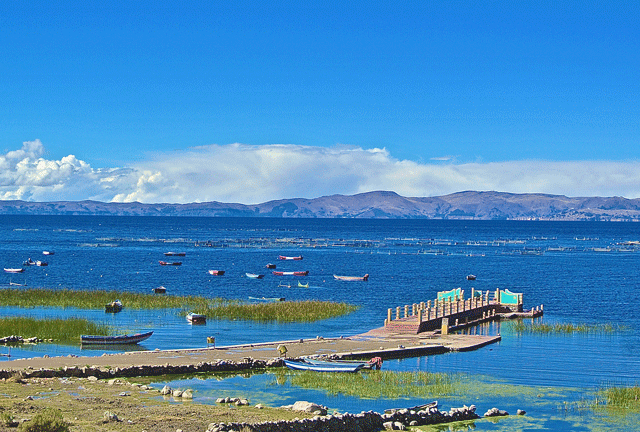 With my cranks now slightly tighter, I rode on toward Lake Titicaca, and made it to Tiquina by mid-afternoon.  On the way back to La Paz, I had crossed the lake here on a pleasant passenger boat, but this time I was going over on a barge.  I loaded my bike alongside a 7½ tonne truck and two Bolivian ladies, yet my fears of drowning were allayed when we made it safely to the shore. 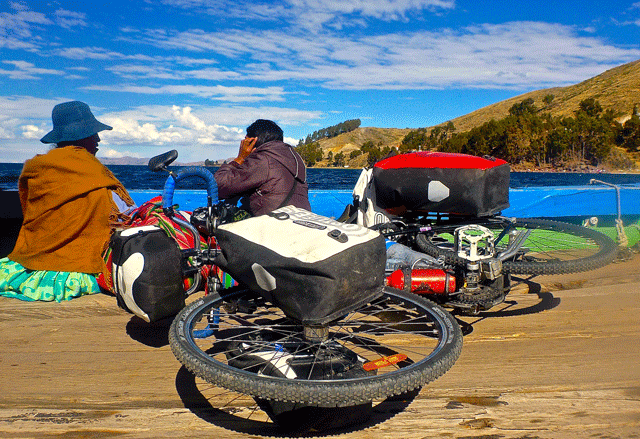 A bike, a barge, and two Bolivians 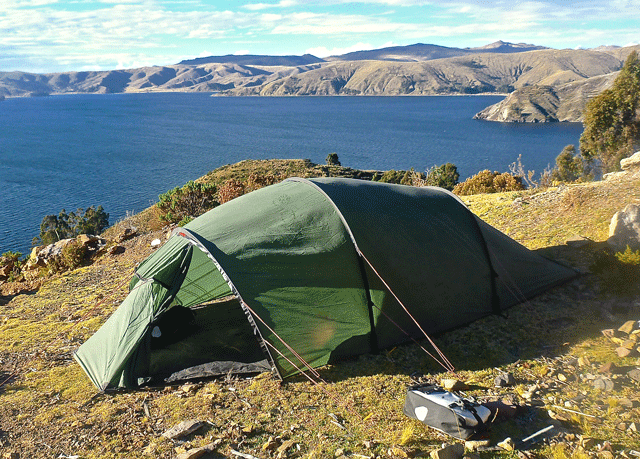 A blustery camp spot on a ledge above the lake

I was chased out of the town’s plaza by two dogs, and began a steep climb.  Struggling up gradients of 9% was no fun, and with 2 hours to go before sundown, I managed to find some flat ground to throw up the tent.  I was approached shortly after by some road workers who asked, “why don’t you ride to Copacabana?  It’s not far from here.” 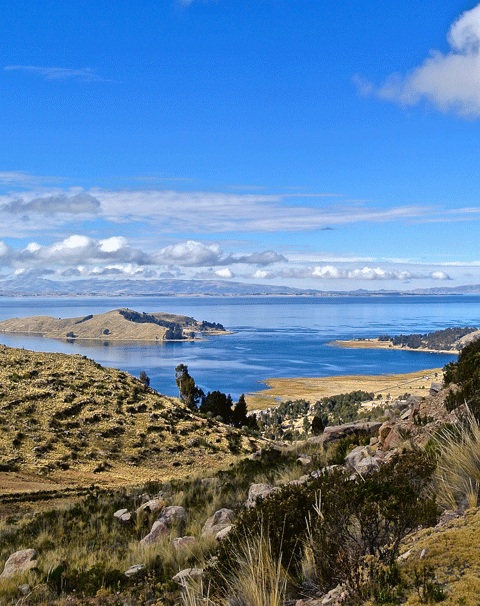 On the way up to the chilly summit

Having seen the road on my previous trip, I knew what I had in store, and the next day I was glad I stopped when I did.  As the road snaked its way upward, there was snow all around.  With the temperature dropping to just above freezing, it began to sleet, so I had no choice but to put on Mel’s favourite piece of headwear. 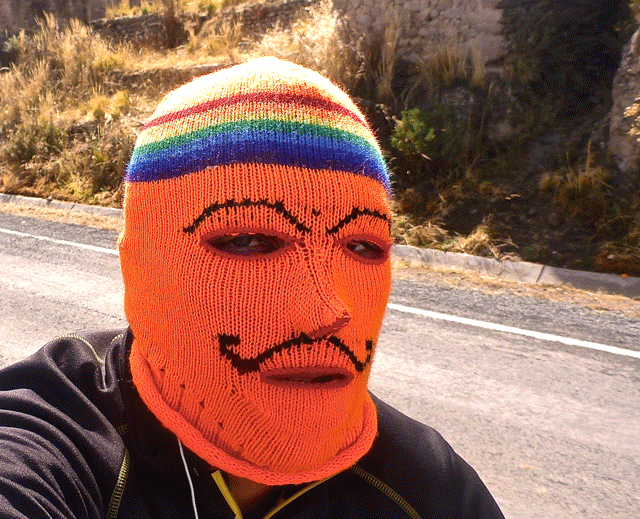 Passing the summit of 4,250m (to date, the highest point of the trip) I began the descent toward Copacabana, but opted not to stop, and headed toward the frontier instead.  I arrived to find the border guards sunning themselves on the lawn, and after they begrudgingly returned to their desks to stamp me out of the country, I cycled across the border into the fourth country of the trip, Peru. 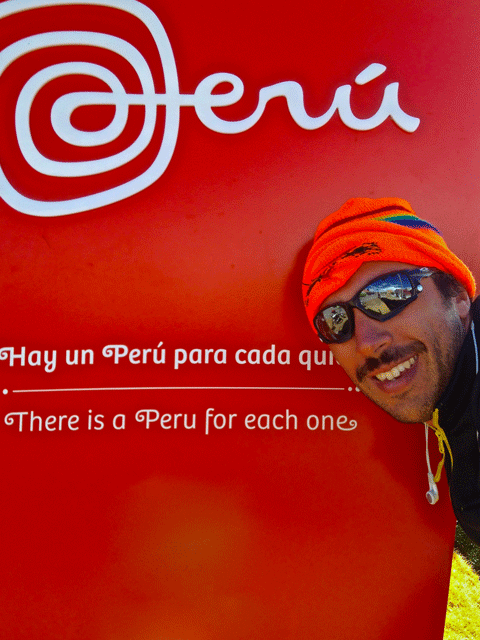 The road followed the shoreline of Lake Titicaca, and after a couple of unmemorable days cycling, I was back in Puno with Mel.  We declined the opportunity to visit the people who inhabit the islands made of reeds, and opted to head to the former capital of the Incan Empire, Cusco. 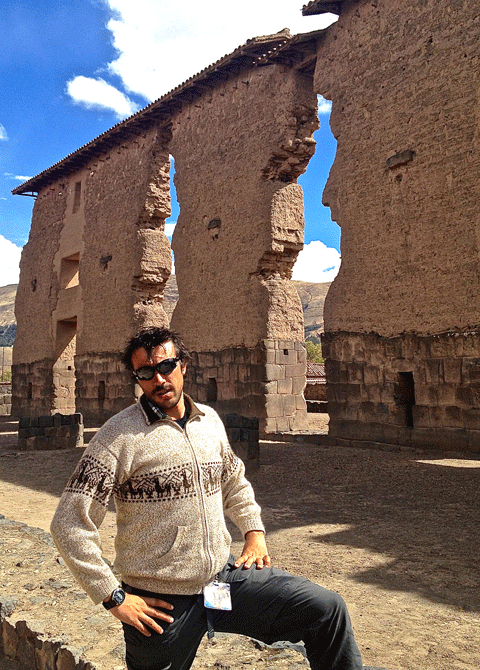 Cusco is a beautiful city, but we weren’t here to admire the architecture or gorge ourselves in the quality restaurants (we did both), but to visit Machu Picchu, which proved to be a challenge in itself.  What no one tells you about this world heritage site is that there is no road to take you directly there.  You can take a train, but with Peru Rail staff being absolutely useless, and a return fare costing over $200, we took the cheapo tour – bus, walk, night in a hotel, up to Machu Picchu in the morning, and a return bus the next day. 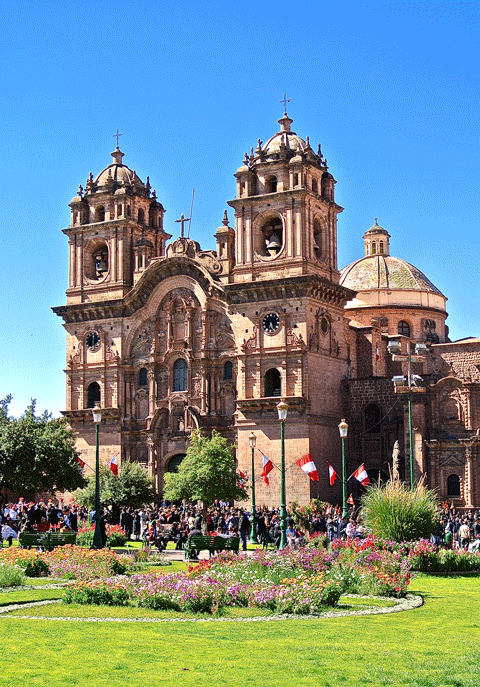 The journey through the valleys was spectacular, but when the road turned into gravel, the spirit of Senna overtook our driver.  He made a number of wild overtaking manoeuvres at this most inopportune of times, and looking down at the sheer drop to our left hand side, I clung on for dear life.  When the road finally ended, we were pointed toward the train tracks and told to follow them, and to look out for trains along the way. 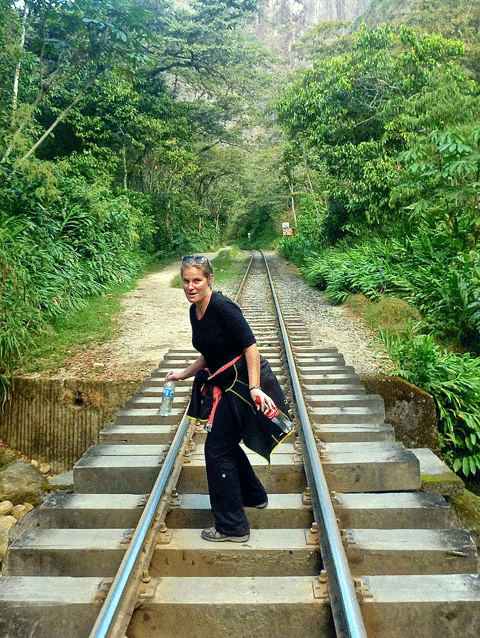 Danger Newman on the way to Aguas Calientes

Some three hours later, we arrived in the town of Aguas Calientes exhausted.  We spent that night in a musty hotel room, before waking at 4am to the sound of torrential rain.  We had planned to walk up to the site, but with the rain showing no signs of abating, we stood in the downpour with hundreds of other people, waiting for the bus.

As we scaled the last set of steep steps, the rain was soon forgotten as the magnificence of Machu Picchu revealed itself.  Taking in the view of the citadel, shrouded in early morning mist, we were astounded.  No one is quite sure as to why the site was abandoned by the Incas, but one theory suggests that the residents fled to the jungle to escape the Spanish.  We’re rather glad they left it as they did, as the setting is absolutely stunning. 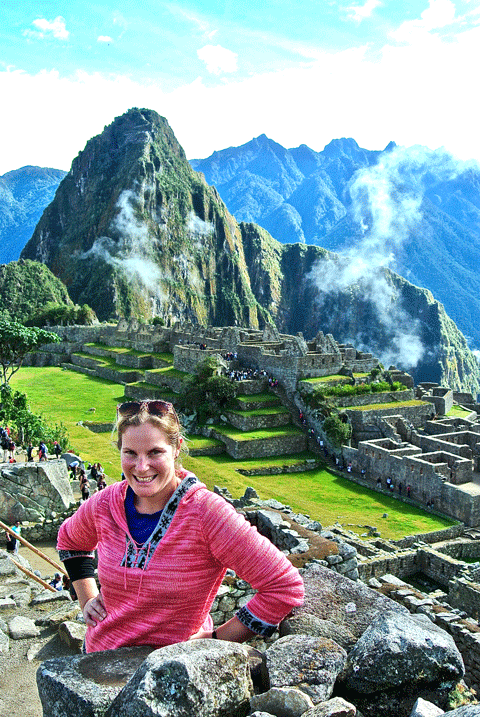 We took our time wandering through the ruins, all the while admiring the incredible views, but soon enough the throngs of people became too much bear, and we headed back down to catch our bus.  Having spent the best part of a week in Cusco, it was time to get off the tourist trail and back to reality.

It was time for some more work and even more cycling.